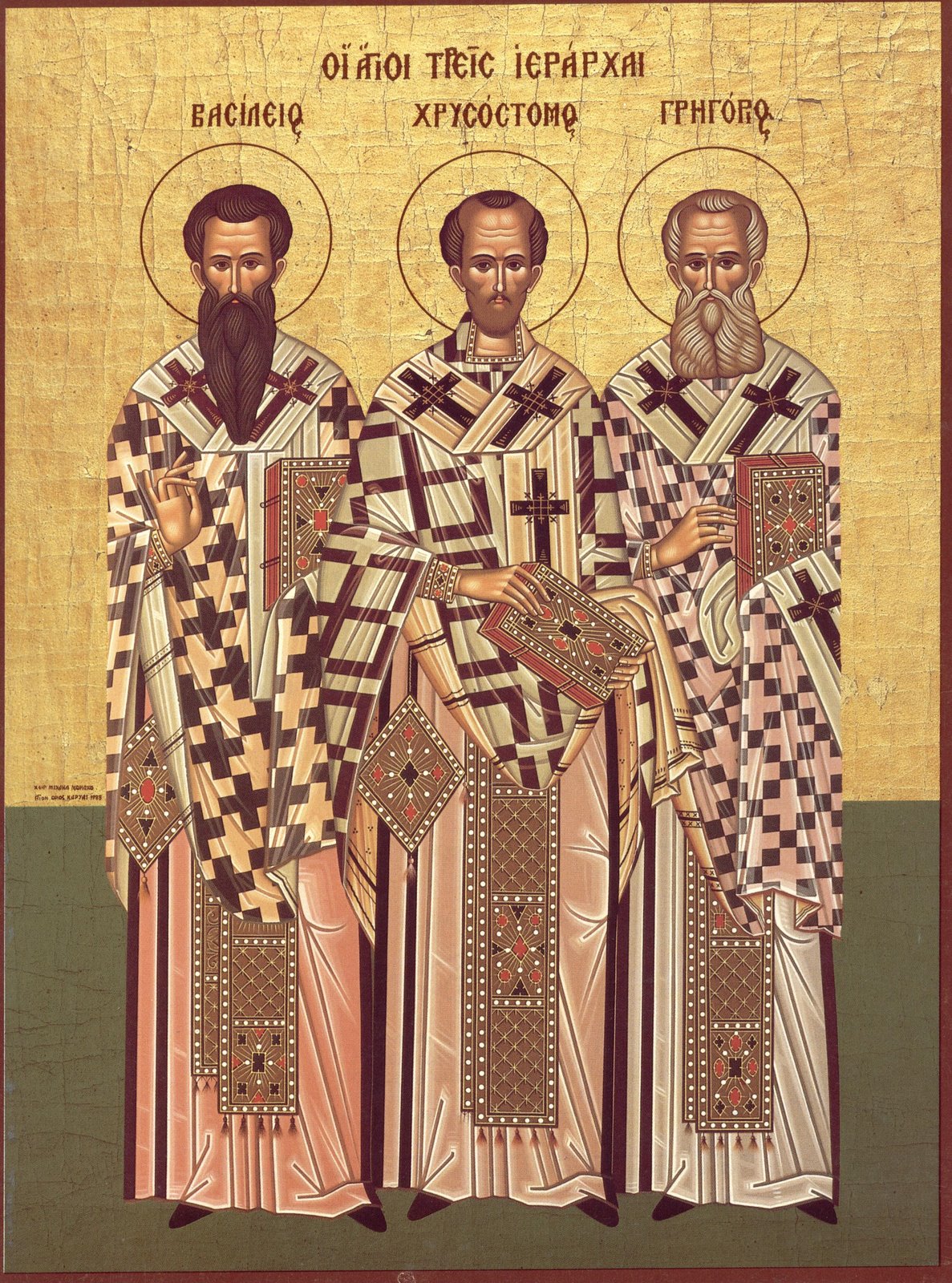 The Synaxis of the Three Holy Hierarchs

During the eleventh century, disputes raged in Constantinople about which of the three hierarchs was the greatest. Some preferred Saint Basil the Great, others honored Saint Gregory the Theologian, while a third group favored Saint John Chrysostom.

Dissension among Christians increased. By the will of God, the three hierarchs appeared to Saint John the Bishop of Euchaita and said that they were equal before God. “There are no divisions among us, and no opposition to one another.”

They asked him to compose a common service for the three of them, which he did with great skill and beauty, thus ending the controversy and restoring peace.

Their joint Feast is celebrated on January 30th.

Kontakion in the Second Tone

Receive, O Lord, the Sacred Heralds who preached God, the pinnacle of Teachers, unto the enjoyment of Your riches and rest. You have received their labors and their suffering as being above and beyond all fruitful offering. For You alone glorify Your Saints.

Hymn of the Three Hierarchs

The three greatest luminaries of the Three-Sun Divinity, who with rays of dogmatic teaching have set the universe afire. The honey flowing rivers of wisdom who have flooded all creation with streams of divine knowledge. Basil the Great and Gregory the Theologian, along with John the renowned, golden-mouth orator, all of us admirers of their words, let us gather and with hymns honor them, for they to the Trinity forever intercede for us.